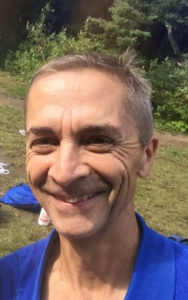 Ted de St. Croix is the best elite male orienteer that Canada has produced to date. As an athlete, Ted won the M21 Elite Men’s Canadian Championships fourteen times, including over 10 in a row. He has also won over 10 Canadian championships in the M35 category. To this day, Ted holds the record for Canada’s best ever performance by a male at the World Orienteering Championships. Ted placed 10th at the World Orienteering Championships in Australia in 1985. At the time, it was the best ever placing by a non-European competitor. A true pioneering result. Ted has made extensive contributions to the sport both on and off the field of play.

Ted was the Technical Director of the Canadian Orienteering Federation and he wrote many of Orienteering Canada’s first coaching and officials’ manuals. He organized the Sass Peepre Junior Training Camps for many years. Ted has also served as a member of Orienteering Canada’s Board of Directors, national team coach, High Performance Committee member, Team Selection Committee member and Ted has been a key volunteer at many major events. Ted’s former teammate Kitty Jones says this about Ted: “I believe that personality, attitude and ability to cooperate as part of a team are just as important as physical and technical ability. Ted personifies the best of all these.”