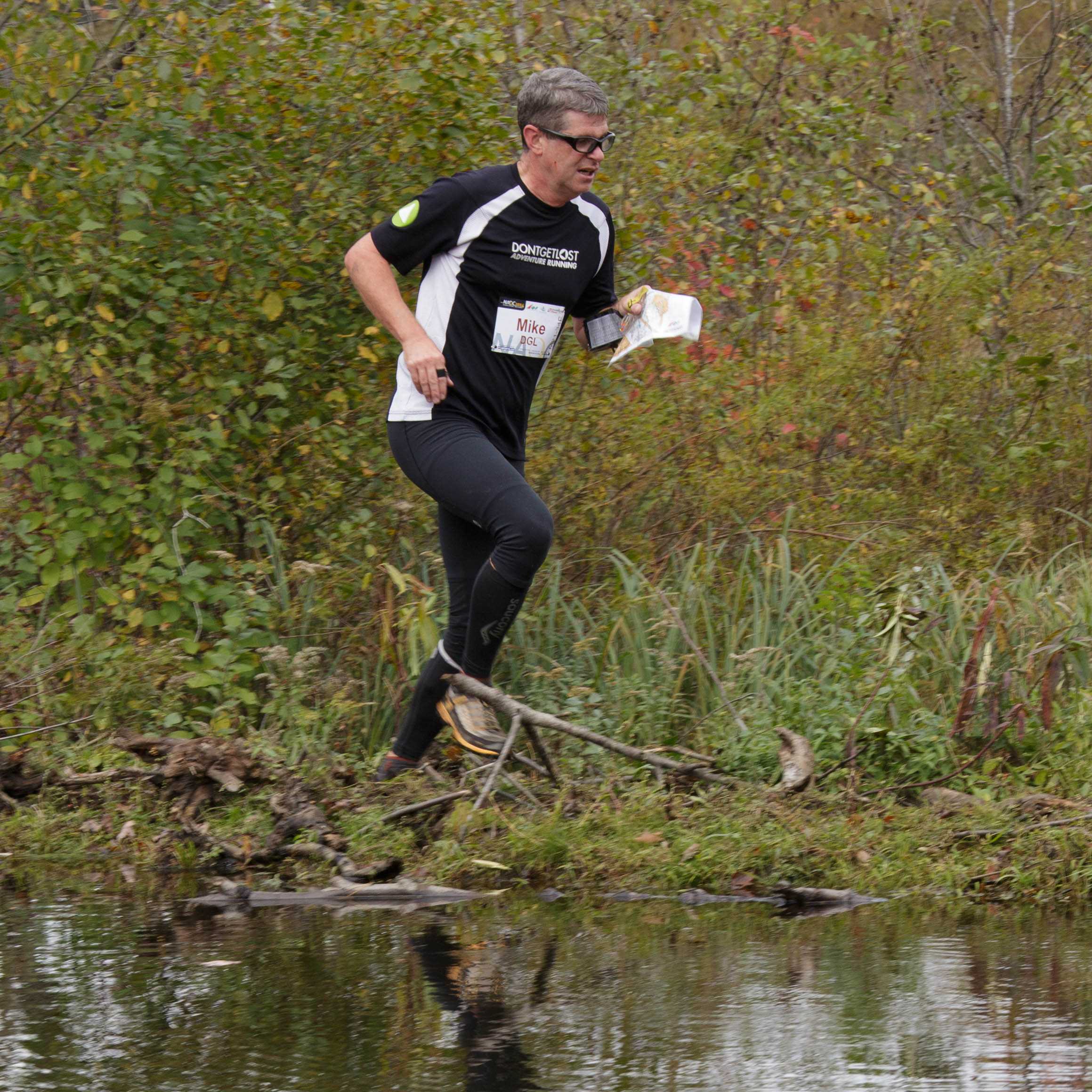 Mike was a member of the Canadian National team from 1984 to 2006 and represented Canada at four World Championships and many World Cup races. Mike was a six time Canadian Champion and was especially hard to beat in the Short and Middle disciplines in technical areas as his map reading was unparalleled amongst his competitors. Mike was also a three time North American Champion and was on six Bjorn Kjellstrom Cup winning teams at the North American Championships. In the early 2000s, he was also heavily involved in Adventure Racing, instantly becoming one of the top navigators in Canada as well as someone who helped teach navigation to many of Canada’s top adventure racers.

As a young National Team member, Mike was one of the key leaders behind Hamilton King’s Foresters club hosting a World Cup in 1986, the first ever to be hosted outside of Europe. He has been a driving force behind DontGetLost Adventure Running, (including when the club was HKF and GHO) since he was a teenager, mapping, course setting, and a lead organizer of major events such as the Canadian and North American Championships. Mike excels at course setting and he is never afraid to try new things with the sport, such as creating the THOMASS format. Mike also served on the DGL and Orienteering Ontario boards and several Orienteering Canada committees.

Mike was a key individual in the creation and growth of Adventure Running Kids and the Raid the Hammer race. Mike is currently working on developing orienteering and adventure racing in the Parry Sound region.