Inducted in 2020 | Order of Orienteering Canada 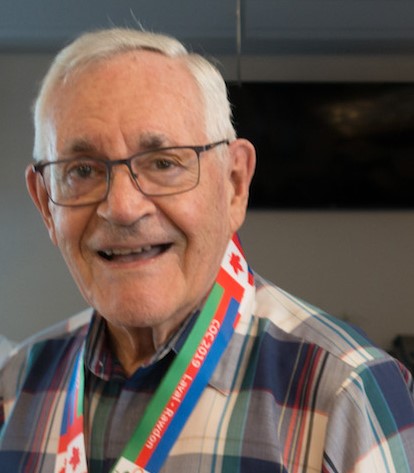 John Charlow has been involved with orienteering in Canada since it started in 1967. As president of the St. Lawrence region of the Canada Youth Hostel Association he added orienteering to their list of activities, including making a map and holding an event in 1967 near the Bolton Glen hostel. He worked with Chris and Patricia Skene and others who formed the Montreal Orienteering Club, Quebec Orienteering Association and Canadian Orienteering Federation. In 1970 John founded the Ramblers Orienteering Club and for 47 years was the club’s mapper and main organizer of both local and major events.  In addition, John held many special events for groups including schools and boy scouts, and was one of the first civilian coaches for the CIOR. Today, as a 90+ year old, John continues to orienteer locally and at the Canadian Orienteering Championships, continues to organize events, and is a member of the Board of Directors of Ramblers.