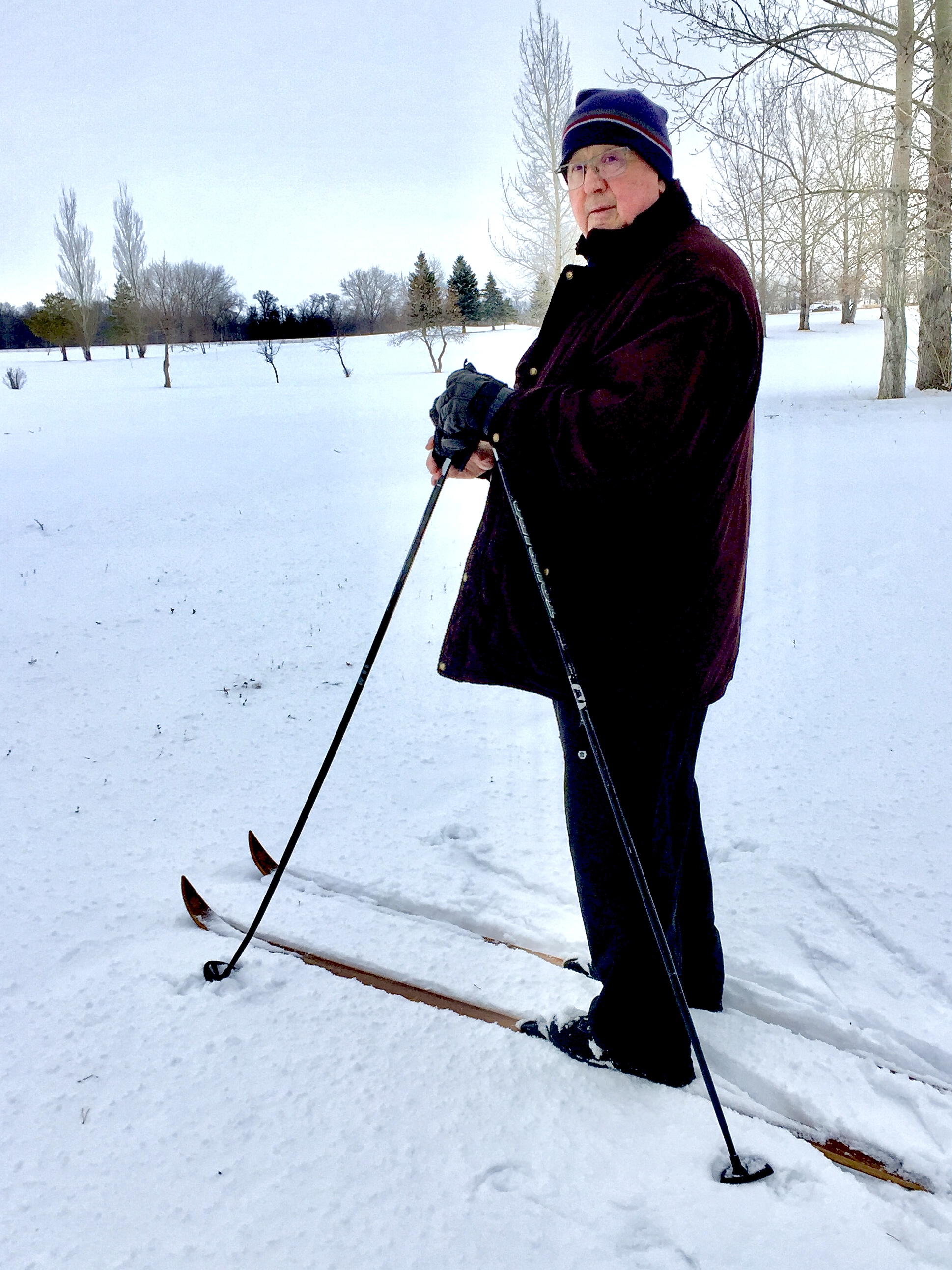 Jim started orienteering 1972 and was one of the founding fathers of Manitoba Orienteering Association (MOA). Jim helped to organize meets in Hartney and in 1977 helped make a new map – The Lauder Sandhills. This map was used in the Manitoba Championships that year. Jim went on to help organize 9 more Manitoba Championships and helped in the making of 12 more maps. Jim was the course planner when Manitoba hosted the first Western Canadian Orienteering Championships in 1979. From the Provincials to the Westerns to the Canadians – in 1982 almost 300 competitors came to Hartney for the Championships. Jim planned the courses & helped organize this event as well as the three more Canadian Championships – 1992, 1997 & 2001. Jim is a Level O 300 Official & has given clinics in other provinces as well as Manitoba. He was controller in Alberta on 2 occasions – the COC’s in 1987 and the NAOC’s in 2002. A retired teacher, he is still called upon to give clinics in Hartney and other schools in the area. Jim served on the board of the MOA in various positions, including president for 3 years. He was also a member of the Orienteering Canada Board of Directors, being treasurer for many years, being on the standards committee & filling in as president in 2006.

Jim still orienteers and assists when he can, most recently at the WCOC’s in Manitoba July 2017. Jim’s contribution to orienteering since the 70s is an integral part of the history of Orienteering Canada. It’s the work of Jim and his contemporaries that fostered the growth of orienteering in Canada.